Skip to content
Posted on 31/10/2013 by Nemulisse
Albert Einstein, one the most famous geniuses of human kind one time said: “I don’t know what kind of weapons will be used in the third world war, assuming there will be a third world war. But I can tell you what the fourth world war will be fought with — stone clubs.”. Well, we can’t say that today we know what the fourth world war will be fought with, but we know the third because it is taking place, right now: it is a financial war. It’s a war between the Financial Power and the rest of the Western World, mainly between USA and Europe. The american Economy is over: the Usa are technically failed, but they still are on, due to China, that has bought their public debt. In this picture there is another subject that plays for them: Germany. I think that this is happening for two reasons: first of all because Germany has an advantage from the bad economy of the others country in Europe; second because German people didn’t realise that in a such way they are playing for the Economy of USA and Great Britain too. The German Chancellor, Angela Merkel, is doing this instead of taking the leadership of an united Europe. A war could be very long so I’m afraid that will pass a long lapse of time before that something positive will come out. The war is hanging over us: open wider your umbrellas. It will be very long! 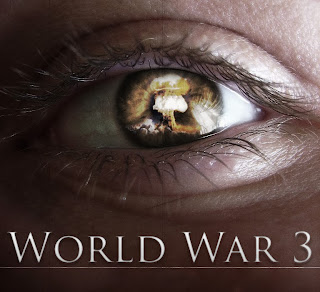