Skip to content
Posted on 26/02/2013 by Nemulisse
This country will never change! We can’t do anything about this, unfortunately. The great result of the Berlusconi’s party is the proof of this. The Italians deserve Berlusconi! It’s painful to say, but it is so. This is the destruens part of my thought; the construens one is the great success of the 5 stars movement, whose leader is the ex comedian Beppe Grillo. The great loser is the left party of Pierluigi Bersani, but not, as the “best” political commentators say, because he is the “old face” of his party that has won against the “new face” Matteo Renzi during the last elections for the leadership of this party, but because is a party that doesn’t represent the left thought and values, anymore. Many votes are passed from the left parties to the 5 stars movement because it represents the “new face” of being into politics (or this is the hope, we will see in the future), mine included. Yes, this has been my last gift to my country, in spite of the fact that I’m leaving it, because I’m obliged to do it! It is the hope that something new could happen here, in a dead country, like Italy is. I voted for this new movement not because I think that it will be the solution for all the big problems that this country has, but because I’m firmly convinced that a new wave is the only thing that can help it to escape from the ruin, changing an old and corrupted political class. Worse than all those things that have been done until now is impossible to do, so let’s try. It could be that the country will not be able to have a new stable Government and that it will be necessary to vote again in few months, but the new thing will be new people into the Parliament, without experience, this is true, nevertheless with new ideas and values. New semen is necessary to grow up new plants.
Yes, I’m leaving away (for me it’s too late), with a little hope in my heart for the future of this great country: I’m just praying my fellow citizens to not kill it. Anybody is hearing me, out there? 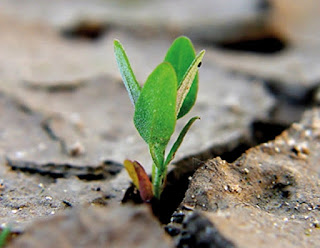