Skip to content
Posted on 19/08/2012 by Nemulisse
I have always have asked to myself why, watching to all those tv programs made in USA, that for years the italian televisions have being broadcasted we were so enamoured by things that, most of the time, are very banal. At the same time I always have asked to myself why all other people who don’t live in Europe are enamoured by all that comes from the old continent: the answer is simpler than what everybody could imagine! It is the same reason why people, in north America rather than in Australia, usually do things that we, people from Europe, don’t consider attractive in our common life. They do not have an ancient history and traditions, so everything is strange or banal became a show for them and important. At the same time, it is so unusual that it becames charming for us. So we stay in front of tv, watching things that we would have classified as stupid if they had been made here in the ancient continent. This don’t want be a criticism against their way of life because this way of life is comprehensible from a certain point of view, on the contrary this would be a strong criticism against Europe, against Italy in particular. What a lucky people is our! And we don’t realize it. The destiny gave us the lucky to be born in a such wonderful place, with a wonderful nature; our past talent gave us an heritage of art, literature, science, creativity that nobody have ever had all over the world. We wasted all those beautiful things that we had received and we are going on with those things we have received from the past. We haven’t a vision over the future and we don’t realize that we should give something more to the rest of the world, because we received so much from life that we can’t afford to waste what we received. However we are loosing ourselves, we are wasting our time, we are giving our future in the hands of other people, we are wasting our roots, ancient roots that many populations would have had. In this period of Crisis many european countries are guilty, guilty to be silent, guilty to not claim the right to lead their own destiny, guilty to not respond with their capabilities to give answers to the unique thought that comes from the other side of the Atlantic ocean (and from north of Europe too). What a lucky people are, we Europeans and we Italians most of all the others, but what a waste of possibilities! 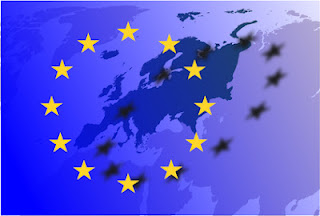 One thought on “What a waste of possibilities!”