Skip to content
Posted on 29/04/2013 by Nemulisse
The history of Italy is one of the oldest of the ancient continent, and along with Greece, Italy gave the biggest contribution for the basis of modern culture. Infact Greece gave the Philosophy to the world and Italy gave the Roman law. The heritage of the ancient world had been taken by the Church, or rather, as the great belgian historian H. Pirenne wrote in one of his masterpieces “History of Europe: from the end of the Roman world in the west to the beginnings of the western states”, by the Church as heir of the values of the Roman Empire, handed down by the Monks who wrote in the monasteries all the ancient knoledge, during all the period of the Middle Age. So we can say that the real monarchy in Italy has been represented by the Government of the Church meanwhile, the rest of Europe saw the birth of great Monarchies in Spain, in France, in Great Britain. This fact is very important to explain why italian people seem to be so impenetrable to the events that change their life so strongly day by day.
The nature of italian people is a mixture of quiet acceptance and carelessness. It is a peculiar sign of a population who have seen too many masters and lords, most of whom had been rallied by the Pope himself for saving his Kingdom. The last and serious attempt to unify Italy under one reign and under one Low after the Roman Empire was made by Longobards, until Pope Hadrian called Charlemagne against Desiderius, King of Longobards, and his son Adelchis. That was the last attempt of indipendence from the power of Church in Italy and the beginning of the invasion of foreigner troups until the 19° century… and later…! The other European countries started to consider our country like a battle field where to play their war games, with regardless manners and disregard, until the famous frase of Klemens von Metternich who said “Italien ist ein geographischer Begriff”, that means that Italy was just an geografical expression.
So Italy has ever been divided by the Church into a wide range of little States for mantaining its own power. Too many heads for thinking means too many rules but also many ideas this is one of the main reason why in Italy there was the period of Renaissance, that has seen so many fields of knowledge. This won’t be a justification of the indolence of italian people, but just an attempt to find an historical reason why we are less united fighting the injustice and against who want make us slaves in such a way. On the other hand we still are under the power of Church, although we should be an indipendent state, with an indipendent Law and rules. Looking to our life it is clear that it isn’t so, unfortunately!
This probably caused the Italian way to not care about the events of common life more than the private ones. It is more important for italian people to take care of their own business rather than that the welfare state. This in my opinion the main reason why we have a such political situation right now! Unfortunately it is into the DNA of italian people to not rebel against mastership and I say with sadness that we deserve it. Better one day as a lion than a hundred as a sheep! 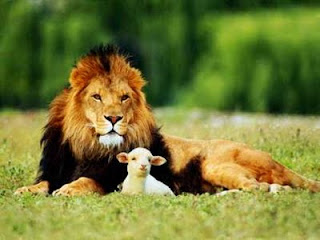