Skip to content
Posted on 30/08/2012 by Nemulisse
Ever since I was a child I have had a very strange feeling about American people (USA): on the one hand I’ve always considered them as one of the worst populations on Earth because they have done bad things all over the world too often, acting in their own interests and proporting to do those things only for the good of other people (I’m referring to wars, economical exploitation, political complots and so on); on the other hand I’ve always admired their ability to react  to all these negative forms of prevarication in their own society: they have the antibodies and the power to amend the negative behaviour of their culture. This is the sign of a greatness that we, European peoples, maybe lost a long time ago. They are a young population and this gives them the strong spirit of innovation that lets them to be the leading nation of the world. Young people have the power of ideas and the spirit to research new things; young people have the boldness to be brave, leaving prejudices and opening their minds to all the possibilities. This is the reason why they have had people like Chomsky or Samuelson, Luther King or Milk, Bukowski or Bradbury, Gates or Jobs and so on. Their society is a multicultural one. This is their source of wealth, like during the ancient roman empire when the greatest people came from every corner of the empire itself. Many points of view give many possibilities to be in relation with the same things, and this is the life blood for a civilization. The greatness of a nation can be measured by the capability to be open to the world and they are just that. This is the reason why I think they have the ability to escape from the Crisis that they caused. If only they had paid more attention to the past (it is indeed Europe’s duty to teach them how), they would be better than they are and appear to us. Anyway they can improve, I have great expectations. 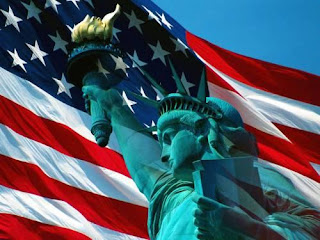