Skip to content
Posted on 21/08/2012 by Nemulisse
Et voilà, the dish is served! It has been prepared for a long time and now it’s time to bring it to the table. Looking forward the upcoming elections in Italy, the main rating Agencies, creatures of the financial powers, Goldman Sachs above all, have established that like in a tale, suddenly Italy, Portugal and Spain are trustworthy. Yes, the same countries that until yesterday were classified as trash, suddenly have become reliable. It’s the system of the carrot and the stick; and like in a dream the Italian premier Mario Monti has become one of the smartest men in the world, precisely because he is a Goldman Sachs’s man. The same Agencies have declared at the same time that changing the Prime Minister now would be very dangerous for the Italian economy (referring to the upcoming elections), because Italy needs to bring to the end all the reforms that Monti’s Government has started. Yes, all those reforms required by the Finance for taking full control of the nation. The welfare state is becoming, day by day, even more weak, because all the services have been given to private entities. The Government would like to sell the good properties of the State to contribute to balancing the public debt, or so they say. This is false because the money they could obtain from this would never balance the Italian public debt, because the amount of money that could come from this sale would be irrelevant; not to mention the fact that they want sell things that belong to the Italian people, who already pays taxes for this purpose, the highest taxes in Europe. They are attempting to privatize all they can, leaving the power of the state completely empty. As they will do in other countries, or rather in the weaker countries of the European Community: Spain, Portugal, Ireland and obviously Greece. Be patient, and you’ll see: it’s just a matter of time! 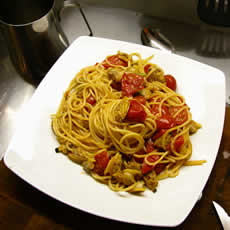