Skip to content
Posted on 20/07/2013 by Nemulisse
Paraphrasing Wilde (poor Oscar!) this topic comes from the actual situation of the average of Italian people about culture. In the last 25/30 years the level of culture of Italian people has significantly collapsed down and this is visible at all levels into society: politicians are the mirror of this collapse, but not only them.The level of civilization of a country is directly proportional to its view forward to the future and to its capability to understand the importance of being open to renewal and to diversity. The Roman empire had the capability to survive for one thousand years due to this simple rule. Having an open mind means receive all the possible contributions to your own development and making yourself stronger than the others. So only Culture, using this term in the widest contest possible, make yourself prepared to the future. What is Culture? Gaetano Salvemini, an Italian anti-fascist politician and historian said in a little essay of 1908 What is Culture that “Culture is all that we remind after we have forgotten all that we had learnt!”. This is true and for this reason, more we have learnt more we’ll be able to lead our life not being like sheeps. The real problem is the quality of what we have learnt. Speaking of Italy the culture produced in the last period is a culture daughter of the Economy and profit and this is a model that comes from the Anglo-Saxon world. This is a kind of world that prefers a culture of production. All that isn’t oriented in this direction is simply unuseful, or almost like that. So, for instance, studying ancient languages like ancient Greek or Latin, is considered a waste of time for our society. Although there is a difference between Italian institutions and those of the other part of Atlantic ocean: they have the capability and the intelligence to understand the importance of Culture giving financial resources for research on the same topics that they seem to not consider as essential for the society (they well know that this isn’t true, indeed!). Until we were a cultured society, a cultured civilization, we had well known what is the purpose to study all that stuff that now is considered unuseful: to prepare the society to be an open society, to understand which are the real values to be considered for a healthy development of citizens, to understand the path to the future when problems come out. Culture is a value in and of itself! If our politicians will understand this maybe that in the next 20/30 years we will come out from this devastating period of Crisis, because the Crisis is not understanding where the problems come out and how to solve them and only the Culture can give us the capability to understand the wrong path we had done until now, building a model of society on false values, given by false teachers, using false matters. 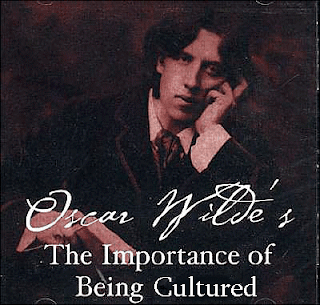