Skip to content
Posted on 30/05/2012 by Nemulisse
Many things happened in the last weeks in Italy, and all are bad things. Two weeks ago, more or less, the attack against the students in Brindisi, the day after the earthquake in the North, in Emilia, after that the scandal of the football. There was enough and yesterday morning a devastating earthquake happened again in the same place, leaving other dead people under a pile of rubble. This is the picture of the situation, and it isn’t a good one. However is in situations like this that a country and its political class can let see their skills and their capabilities of reaction. The civil society, people, have responded quickly, giving material and economical support to the citizens of  those places and, everywhere in the country, asked to politicians to give a good sign, asking for not celebrate this year the national celebration of the Republic, giving the money required for the military parade to the populations of Emilia, not because that is a great amount of money, 3 million, but just because that is a good sign. The answer arrived by the President of the Republic: the parade will take place, but in the name of the tragedy… No comment!
Now we are waiting for the answer of the Pope to the appeal to not go to Milan, wasting in a moment like this, public money and human resources. We will see.
In my opinion a country that want call itself civil, shouldn’t ask for things like these. Should be a good sign given from its leading class, first of all, the start point, but this isn’t true in our country unfortunately. Is in moments like this that must be thinked again the economic development of the country: instead of thinking to an irrealistic and unuseful bridge over the Straits of Messina, wasting an huge amount of money, should be planned a rebuilding of public buildings, schools and hospitals first of all, with modern criteria and should be put in safety all the rivers and water courses. This because every time there is a new tragedy in Italy we always say the same old things for justifying those bad things that have happened. It’s time to change, it’s time to give a sign of hope to this country, it’s time to say stop to an old way of thinking, to say stop to an old political class or will be too late to save Italy. Now or never more! 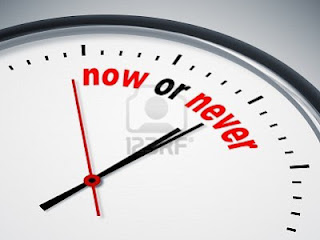